Haskell is a black cat with a white patch under his chin, and a white patch on his belly. He was born on May 12th 2019. He is incredibly naïve and believes everyone wants him well. As a result, he will follow people into their homes, if possible. Haskell is larger than his sister, Ada.

Haskell likes to cuddle with everyone, and is fond of eating on both facial hair and any longer hair on people’s heads, if offered the chance. His signature move is to jump into somebody’s lap and then crawl his way up to their left shoulder.

Haskell is named after famous logician and mathematician, Haskell Curry. 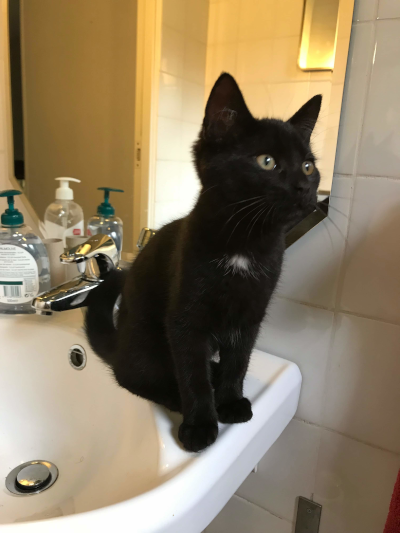